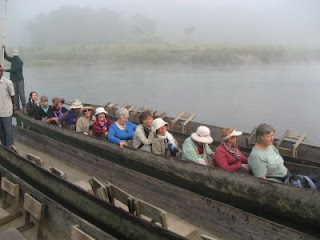 Day 7 Paro – Kathmandu
It was a sad day for everyone of us to leave Bhutan and the Bhutanese friends we have made during our trip. Our flight to Kathmandu was absolutely spectacular the day appeared clear and the view of the Himalayas from Kanchenjunga the 3rd highest mountain in the world to the Mt Everest from the plane was absolutely awe inspiring. Our first night in Nepal was spent at Bhaktapur this colourful world heritage city with its aromas and and bazaars was breathtaking.

Day 8 Bhaktapur – Nargakot
All of us were up at dawn to witness a new day we walked this medieval city with its paved streets and 15th century buildings whilst our very knowledgeable guide Dev explained in detail the life of the people and the history of the buildings. Of course shopping was not left out we managed to fill out suitcases with yet another few kgs of gifts and artifacts. The afternoon we hiked for 2 hours to the hill station of Nargakot situated 2100 mtrs from the city of Kathmandu. As the sun set we were blessed with perfect weather and another magnificent view of the Himalayas.. In the evening we were entertained with Nepalese singing and dancing and although though we were exhausted after our huge day we were still able to jig on the dance floor.

Day 8 Nargakot – Chitwan
We were greeted at dawn with another fabulous sunrise over the Himalayas before departing for Pasapatinath the holy Hindu Cremation site, and although very interesting it was rather distressing to see the dead being cremated. At noon we departed by flight to Chitwan and to our Jungle Safari Lodge. After a hearty lunch we were taken to the river for sunset a cold beer and our first Taru cultural dance which was performed by the local village people.

Day 9 Chitwan
We set off early by jeep and then transferred to a canoe for a ride down the Rapti river were we spotted crocodile, colourful kingfishers and many other species of birds. Then it was a trek through the jungle were we saw Rhino, wild boar and deer and a visit to the Elephant breeding centre. One week ago twin male elephants were born and how lucky were we as this is only the 2nd time twin elephants have been born in Asia., my God they were so cute. After lunch we were off on an elephant ride where we spotted more rhino’s deer and wildlife. 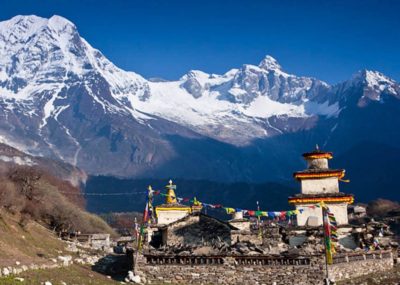