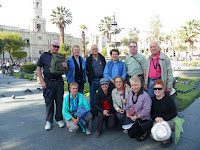 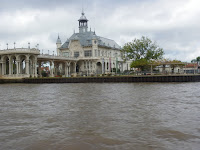 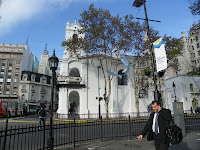 Our flight from Sydney to Buenos Aires too a gruelling 19 hours. I have taken this journey many times in the past so I was not looking at all forward to the flight. Amazingly time passed very quickly maybe it was due the the interesting 11 people I was escorting on a 24 day adventure holiday to Sth America. We arrived into Buenos Aires at 3pm the same day feeling quite jet lagged and worst for wear, but once we showered and freshened up we even managed a Tango Show and dinner finally hitting the sack at midnight after being awake for at least 36 hours, bed was looking very appealing.
The following day our tour of the city of Buenos Aires began at a civilised time of 9.30, We visited many interesting places such as La Boca, Tigre and the Delta, which is an amazing delta made up of 500 waterways, the major branches are 3 rivers. The delta population is 3000 residents and its islands are exploited to supply the cellulose, paper and plywood idustries. Sadly we only had the day in Buenos Aires before taking our evening flight to Peru which was the focus of our tour. We were met at Lima airport by our beautiful Peruvian guide Diana and taken to our hotel in the quiet safe area of Miraflores. Lima is a sprawling desert city clinging precauriously to dusty cliffs and most of the year marinated in perpetual fog. We spend the next day sightseeing with visits to the importan and characteristic parts of Lima such as the Monumental Centre, where one can admire the colonial architecture of the main square, Government Palace, the Cathedral, the Archbishop Palace and some old streets with viceroyal mansions and balcanies of Moorish style. Of course a visit to the Gold Museum is a must as ancient Peruvians were masters of metal work.
Next stop Arequipa Peru 2nd largest city locals say “when the moon seperated from the earth it forgot to take Arequipa from the earth“. Racked by earthquakes the last in 2001 and at least 2000 tremors per year it is amazing that people choose to live there. This fertile valley surrounded by 3 volcanies the largest and still active El Misti with its cap of snow looks down over the city with its white buildings made of volcanic rock called sillar. From our hotel it is only a short 5 minute walk to the Plaza de Armas and spectacular colonial churches. This city is so irresistable that tourists and locals alike relish in the tasty food, fabulous shopping and exciting nightlife on offer. Tonight we tasted our first Pisco Sour made of grape brandy which is dated back to the Spanish Colonial in Inca. One Pisco Sour and you are feeling relaxed and eurphoric, 2nd you are about to fall of your perch and the 3rd you are dancing on the tables. We all decided to just try the one. Next on the list of culinery delights was the ceviche which is raw seafood marinated in lime. Some say ceviche is so deliciously aphrodisiacal that after your meal you may find yourself making out with the waiter. This did not happen in our group as all the waiters were female.
On our second day in Arequipa we visited the Santa Catalina monastery. In 1579 less than 40 years after the Spanish arrived in the city of Arequipa the Santa Catalina Convent was founded. Since its inception, women from diverse social backgrounds have entered the convent to serve as cloistered nuns , never again to return to their homes and families. The second born of upper class families was chosen to enter the convent supposedly to live in poverty and renounce the material world. One today cannot comprehend what their live would have been like locked away from the outside world. It is told that one nun in particulare had an excellent repour with her keeper and one day asked the keeper to bring from the city of Arequipa a womens body, the nun dragged the body to her room and set her alight to cause confusion so that her keeper could steal the key and unlock the front door of the convent so that the nun could escape. She had no where to go but to return to her home, but her parents forced her to return to the convent and there she stayed for 7 years. Nuns constructed private cells within the convent where they could lead isolated lives, protected by high wall sheltering the from the city. Constructed from sillar the convent is considerted to be the most impressive and inportant colonial structure in the whole of Peru.
Filed under: Adventure travel 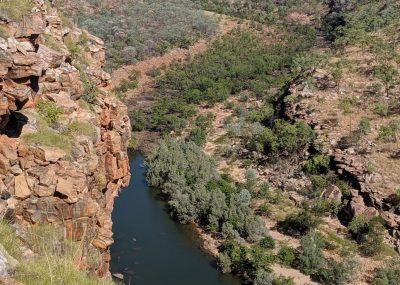 Cost: $3999 per person twin share (enquire about our single supplement)