Ksar is a walled city with French modern architecture mixed with Islamic architecture. Casablanca is very cosmopolitan city. After our visit to the Hassan11 Mosque  the largest in the world. We then travelled to the city of Rabat and enjoyed our first night in a Riad. From Rabat we drove to Fess on the way visiting Meknes a 16th century fortified city in Morocco. It was built with Adobe walls made up of whitewash and stone. The walls are triple defensive walls to protect the King against Berber attacks. Negro servents built the wall which took 40 years to build and the walls are 1 metre  to 4 meters thick and 14 meters high. The King kept 12000 horses and had enough food stored for 20 years.He built a huge reservoir to hold enough water for his family and horses.

He was considered a bad King, if the work on the wall was not good enough he would bury the workers in the walls. King Ismail was the King of Morocco for 52 years. We later stopped for a quick lunch then drove to Meknez where we walked through narrow blue stonewashed walls with vendors selling their local products. The markets had an abundance of fruit, vegetables, meat,spices and nuts. We continued to the Roman site of Vollubillis 2000 years old and discovered after the massive Earthquake in 1755. 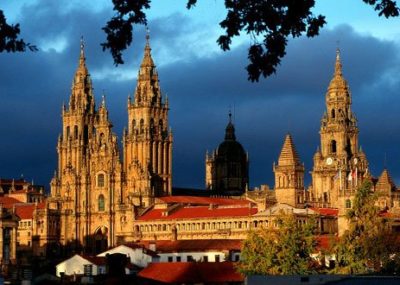