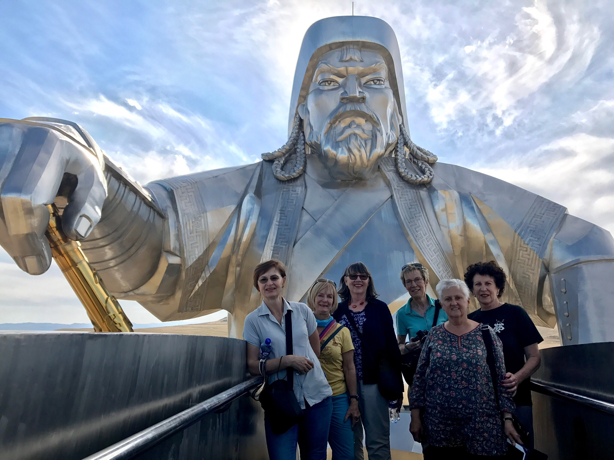 We returned to Ulaanbaatar the capital of Mongolia established in 1639. First we visited the National Museum, where it’s collection contains 50,000 historical, archaeologist, history and ethnographical artifices covering 8 halls. After a delicious Mongolian lunch of salad, beef broth, and several BBQ meats, vegetables, we then continued our drive to Telerj via Chibgiss Khan Statue Complex built and owned by today’s President who also owns all the National Parks.

The complex began construction in 2004 over 212 hectors and although the actual statue of Chinggis Khan has been completed, the grounds only hold about 12 statues of his army on horses, the future plan is to completely fill the grounds with further statues. I wil need to return to see the magnificent spectacle. The statue is pointing east to his birthplace, and constructed of 250 tons of stainless steel at a height of 40 meters, which is absolutely incredible. Inside the hall at the base of the statue are several shops and a giant boot which is a replica of what CK wore in battle, the boot is made of 225 cowhide, stands at 9 meters 2 meters wide, and weighs 3 tons. The size of the boot broke the Guinness Book of Records. In the entrance hall there is a lift taking tourists to the top of the statue of CK where one can walk out on a platform on the horses head, you will have an amazing view of the rolling hills dotted with several Ger camps, and National Park in the distance, which add to the beauty of the area. 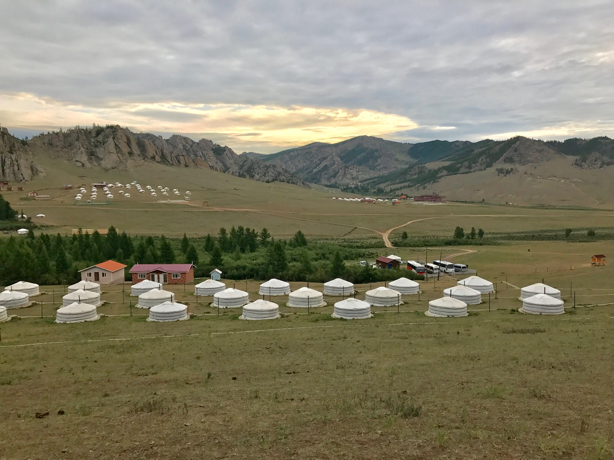 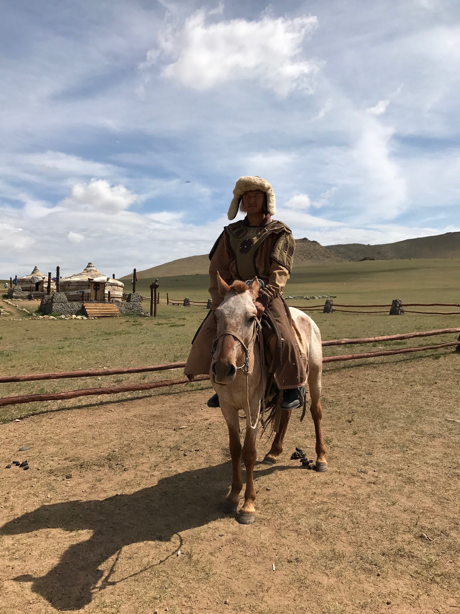 Cost: $2640 per person twin share (enquire about our single supplement)