Journal of our Journey to the School

We departed Kathmandu at around 6.30am by local bus. Depending on the road conditions will decide how  far the bus will take us towards our destination of Maguwa village.  Stopping several times for rest breaks, happy room breaks and lunch, we were soon a a bumpy dirt road which would leave our Australian outback rouds for dead. On the journey we were accompanied by our guide and sherpa, Brian a retired carpenter, Nicola and Mendo who had just spent 7 months travelling through India on a Motor bike, obviously they were not deterred about the terrible road conditions.

As we pass the city of Dharding we leave the sealed road and travel on an even worse road that is undescribable, after 1 hour of bumping around and holding on tight we stop for Dhaal Bhaat (lentils and rice) Nepal’s stable diet which they consume twice a day. I knew at that stage that I would no way even think of eating as my stomach felt like it had been put through a mincing machine, so out came the dry crackers and coca cola. On the second part of the journey we decided that the top was the best so we gave up our seats to the locals and left them with the constant diesal fumes and headed for the roof and some fresh air. Wow! what a fantastic view magnificent vistas of the Himalayan range of Manaslu, Langtang, Ganish Himal and more.

Another 2 hours we came to a stand still we checked out to see why we had stopped and to our dismay we saw another bus facing the same direction as us and it was bogged good and proper, the worst is to come we were told that this bus departed Kathmandu 3 hours prior to ours it was now 4pm and I think it is going to be a long hard night. We waited for a further 2 hours whilst the driver and some Nepali locals argued about how they could get the bus our of the mud. The end decision was to chock the wheels with rocks and grass and try and push the bus. Finally after another 30 minutes we were on our way. Believe me nothing is done quickly in Nepal, lots of discussing first and only then will you hopefully get a final positive result.

We finally arrived at our last point at 8pm after a gruelling 14 hours tired, hot, dirty and hungry This small settlement (I would not call a village) consisted of 2 small houses, 1 shop and a tea shop which offered us accomodation for the night. Fantastic except that the room would accomodate all of us and it was situated above the kitchen which meant smoke billowing up through the floor boards into our tiny room. I made the decision to bed down under the stars and take my chances at the creepy crawly’s.

I woke the following morning with about 1/2 dozen children peering at me with big black eyes. I was told later that they had not seen a white lady before, so we were the centre of attention all morning.  After a hearty breakfast Bolle’s family came to greet us manned with approx. 40 Nepalese men, women and children to help transport about 50 sheets of roofing and about 60 kgs of much need school uniforms and clothing which was donated by the students of Lindfield Public School.

It was another 4 hours of uphill before we finally reached the village of Maguwa and Sarawasi School and our welcoming committe. We were greeting as royalty, garlands placed around our necks, singing performances were made by the children and a banner with the words WELCOME LYN TAYLOR I was speechless and moved to tears.

After much celebration we were then shepharded off to our home for the next 2 weeks. My guide’s sister kindly gave up 3 rooms of her home to accomodate us. We all felt very humble as she made our stay comfortable and memorable. Our meals each day mainly consisted of lentils and rice, but I did manage to stock up in Kathmandu and buy western food for at least breakfast. We showered and swam each day under a magnificent waterfall.

The group worked well in helping with the building although Brian was a little frustrated at first due to the fact there was not any power and all the timber had to be cut by hand, but he soon relaxed and began to enjoy working in a remote village environment. The experience for me was entirely different as I had been in the past involved with guiding groups into the mountains and helping the welfare of the trekking porter. After the visit to the school I felt fulfilled to be involved in a worthwhile project which I hope will continue to grow with the wonderful assistance of the children teacher’s and parent’s of East Lindfield Public School – Sydney. Thanks for helping these children grow and achieve a better education. 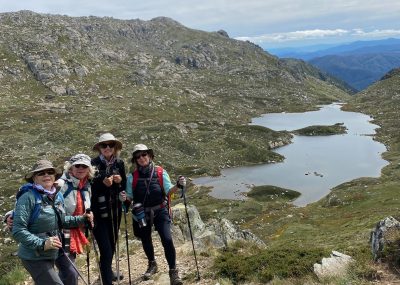 Cost: $3149 per person twin share (enquire about our single supplement)